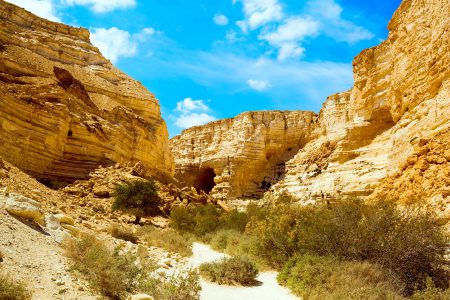 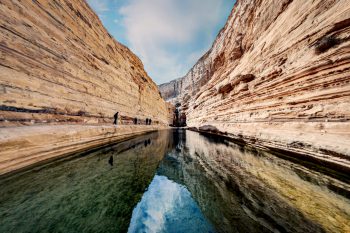 The Negev is a vast desert region in southern Israel that covers over half of Israel’s total land area and boasts spectacular natural beauty. Stretching north from the Red Sea north for 250km, the region is steeped in history and home to prehistoric settlements and historic sites, extraordinary geological formations, ancient fortresses, and the famous Dead Sea.

Nomads, traders, and travelers have been drawn to the Negev since the time of Abraham (Genesis 12:9 and 20:1). In ancient times, the Nabataean culture ruled the area for hundreds of years, and traces of Nabatean villages can still be found in the area, as well as ruins of their Roman successors.

While largely unpopulated, the desert is full of interesting and intriguing things to see, do, and experience. The best way to experience the beauty of the Negev is on a guided tour, where an expert guide will show the hidden secrets of this enchanting and fascinating place. 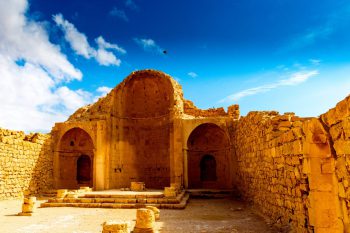 The Nabataeans were an ancient Arab people who inhabited northern Arabia and the southern Levant. Their settlements—most prominently the assumed capital city of Petra — gave the name Nabatene to the Arabian borderland that stretched from the Euphrates via the Negev Desert and to the Red Sea.

The Nabataeans were one of several nomadic Bedouin tribes that roamed the Arabian and Negev Desert in search of pasture and water for their herds. They emerged as a distinct civilization and political entity between the 4th and 2nd centuries BCE, with their kingdom centered around a loosely controlled trading network (Incense Route) that brought considerable wealth and influence across the ancient world.

Described as fiercely independent by contemporary Greco-Roman accounts, the Nabataeans were annexed into the Roman Empire by Emperor Trajan in 106 CE. Nabataeans’ individual culture, easily identified by their characteristic finely potted painted ceramics, was adopted into the larger Greco-Roman culture. They were later converted to Christianity during the Later Roman Era.

The east-west “incense route”, which operated from 400 BCE to 200 CE, brought economic progress to the Nabataeans; the trade diminished when Romans occupied Petra which was then Jordan’s capital of the Nabataean Empire. The Nabataeans had occupied this territory in the 6th century BC following the Edomites deserting this area and occupying the Judaean plains. This resulted in the transformation of Nabataeans from their semi-nomadic living style to the Hellenistic culture where organized government machinery functioned. They perpetuated the slave trade to the benefit of the Ptolemies even though they established neutral diplomatic and military relations with other countries.

The incense trade route included a network of major ancient land and sea trading routes linking the Mediterranean world with eastern and southern sources of incense, spices and other luxury goods, stretching from Mediterranean ports across the Levant and Egypt through Northeastern Africa and Arabia to India and beyond. The incense land trade from South Arabia to the Mediterranean flourished between roughly the 7th century BCE and the 2nd century CE.

The incense trade route served as a channel for the trading of goods such as Arabian frankincense and myrrh; from Southeast Asia Indian spices, precious stones, pearls, ebony, silk and fine textiles; and from the Horn of Africa, rare woods, feathers, animal skins, Somali frankincense, and gold.

Incense Route – Desert Cities in the Negev is a World Heritage-designated area near the end of the Incense Route in the Negev, southern Israel, which connected Arabia to the Mediterranean in the Hellenistic-Roman period, proclaimed as being of outstanding universal value by UNESCO in 2005. The trade led to the development of ancient towns, forts and caravanserai en route, apart from agricultural development.

Four towns in the Negev Desert, which flourished during the period from 300 BCE to 200 CE, are linked directly with the Mediterranean terminus of both the Incense Road and spice trade routes: Avdat, Haluza, Mamshit, and Shivta. As a group, these desert cities demonstrate the lucrative trade in frankincense and myrrh that took place from Yemen in south Arabia to the port of Gaza on the Mediterranean. At its height, the route included cities, Qanat irrigation systems, fortresses, and caravanserai. Vestiges of these works are still visible and demonstrate the use of the desert for commerce and agriculture. 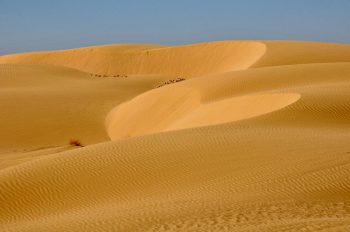