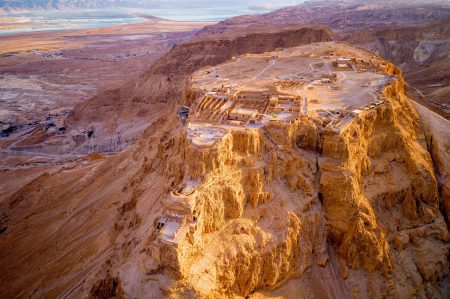 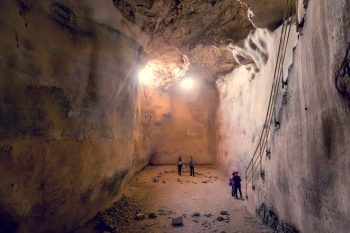 Masada National Park is one the most frequently visited National Park in Israel and with very good reason. It showcases one of Herod’s Great engineering achievements. A fortress lavishly decorated on a mountain top at the fringes of the Judaean Desert. Including two palaces, Roman baths, a swimming pool, numerous storerooms, and more! But the story doesn’t end here. After Herod the Greats’ died, in the year 70 CE the Jewish people in Judea revolted against Rome. Masada is where the very ending note of that revolt. About 967 rebels hid there and eventually commit suicide once realizing their odds to survive is null. The final episode of Masada is when Byzantine monks take over and turn Masada into a small monastery that had about 15 monks. The location was ideal for them. The Judaean Desert where John the Baptist roamed and is adjacent to Holy Jerusalem. 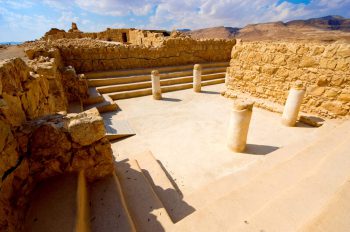 With the abandonment of Masada by the last inhabitants, probably at the end of the Byzantine period, the site sank into the abyss of oblivion. In 1806, a German explorer, Ulrich Jasper Zetzen,  was the first to locate and discover the Masada in the modern period. Then in 1838, the American missionary, Eli Smith, the assistant of the scholar Edward Robinson, who, with the help of a telescope from Ein Gedi, identified the ruins of a-Seba as the historic site of Masada. Furthermore, he identified the structure on the northern cliff as Herod’s palace.

In 1842, the American missionary Walcott and the British painter Tipping visited Masada and conducted a survey of the site, the results of which were published with accurate illustrations and drawings that first presented the site to the public. In 1848, American naval officers led by Captain William Francis Lynch visited the site, moored their ship on the beach in front of Masada, climbed Masada, and identified the cisterns.

Following them came the researcher Félicien de Saulcy who excavated in the Byzantine church and uncovered a mosaic floor. He also surveyed the Roman camps and drew up the siege system. Considerable progress was made in the study when the ‘Palestine Exploration Fund’ launched the “Western Palestine Survey” in 1865, in which Charles Warren and Claude Reignier Conder surveyed Masada and made accurate drawings and maps of Masada and the Roman siege camps. The expedition located the Snake Trail but mistakenly identified the Western Palace as Herod’s Palace.

The Mass Suicide at Masada

“Since we long ago resolved never to be servants to the Romans, nor to any other than to God Himself, Who alone is the true and just Lord of mankind, the time is now come that obliges us to make that resolution true in practice … We were the very first that revolted, and we are the last to fight against them; and I cannot but esteem it as a favor that God has granted us, that it is still in our power to die bravely, and in a state of freedom.” (Elazar ben Yair, leader of the Sicarii rebels at Masada)

Every kid in Israel knows the story of how Jewish rebels revolted against the  Romans, fortifying in the desert fortress of Masada – and opted for mass suicide, killing themselves and their families, over capture by the Roman X Legion. The story of the Siege of Masada was brought down to us by Flavius Josephus, once a commander in the Great Jewish Revolt, and ended as an advisor to Vespasian. He told of the defenders led by Elazar ben Yair and their decision to die rather than be taken.

According to the known story, to die free rather than live as slaves, the defenders each killed their own families and then drew lots to decide who would kill their compatriots. Only two women and five children were supposed to have survived. The late Lieutenant general and archaeologist Yigael Yadin, who led the 1963 massive excavations of the fortress built by King Herod, felt that the archaeological finds supported Josephus’ account. But, despite Yadin’s acceptance of this account as fact, scholars do not all agree. So what really happened really at Masada? Join my Masada private tours and you’ll find out! 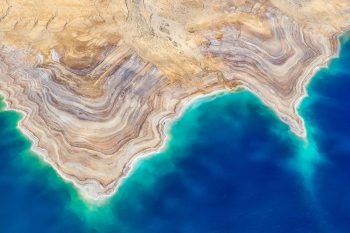