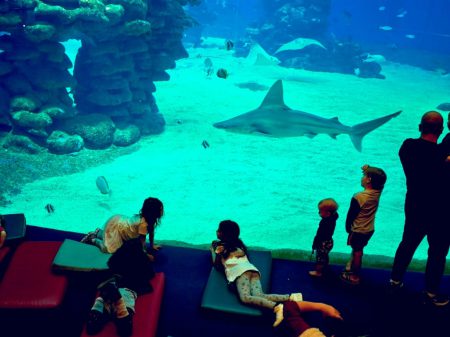 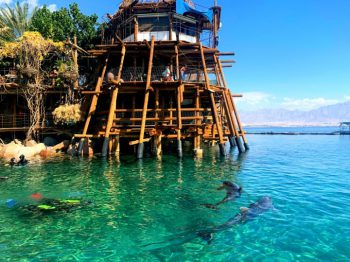 My Eilat Ultimate Guide will introduce you what is Israel’s southernmost city with a busy port and popular resort at the northern tip of the Red Sea, on what is known in Israel as the Gulf of Eilat and in Jordan as the Gulf of Aqaba. The city is considered a prime tourist destination for domestic and international tourists heading to Israel. Now with a new airport 10 minutes away, its super easy to visit the exotic city. Eilat averages 360 sunny days a year! so be prepared for lots of sun because Eilat really has one season and that’s an eternal summer. Temperatures often exceed 40 °C (104 °F) in summer, and 21 °C (70 °F) in winter, while water temperatures range between 20 and 26 °C (68 and 79 °F).

But apart from the swimming in the Red Sea and working on your tan, there are many things to do in Eilat and the vicinity. A short drive you can hike the mountains of Eilat, espcially Mt. Solomon and the Red Canyon. Eilat situates at the southern end of the Arava Valley, adjacent to the Egyptian village of Taba to the south, the Jordanian port city of Aqaba to the east. Even Saudi Arabia is within sight from Eilat which is just across the gulf to the southeast. Eilat’s arid desert with the captivating Red Sea as a backdrop makes it one of the most popular destinations to visit by Israelis and toursits alike. 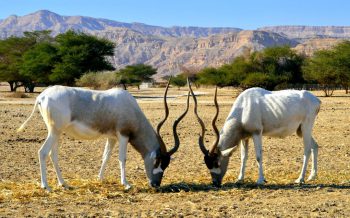 Eilat is mentioned in the Hebrew Bible various times. For example in the Book of Deuteronomy when Israelites made the journey through the wilderness from Horeb (Sinai) to Kadesh. As well as in the Book of Kings describing King Solomon in all its glory. Then the Bible narrates that it was King David, who conquered the nearby land of Edom, also took over Eilat.

The beginning of the settlement is at the northern end of the Red Sea, was probably in the city of Ezion-Geber, whose remains are located in Tell el-Kheleifeh. Eilat was a port and commercial city and a copper center. A citadel from the time of the kings of Judah was found in the Tell. The fort has a gate dated to the Israelite period. According to archaeologist Nelson Glick, there was also a large smelting facility here that brought copper slag. In the room of the palace a seal was found. According to archaeologist Nahman Avigad, the seal must be attributed to Yotam ben Uzziah king of Judah.

According to the many types of pottery found in Eilat, Nelson Glick wrote that Eilat is a Ezion-Gever that was the center of a large region. But in biblical times they appear as two different places, and it is possible that over the years they connected or that Eilat was a city in Ezion Gever.

During the British Mandate era, a British police post existed in the area, which was known as Umm Al-Rashrash. The area was designated as part of the Jewish state in the 1947 UN Partition Plan. During the 1948 Arab-Israeli War, the abandoned police post, which consisted of five clay huts, was taken without a fight on March 10, 1949, as part of Operation Uvda. This marked the end of Israel’s war for independence. It was formally granted to Israel in the 1949 Armistice Agreements.

David Ben-Gurion, even before the establishment of the state, in 1934, came to Umm Al-Rashrash and was the first to imagine Eilat in modern times as international port city. In 1945, Ben Guiron went on a tour, led by Shmaryahu Gutman from the southern point of the settlement in Revivim to Umm Al-Rashrash, in order to examine the possibilities of settlement in the southern Negev and the Arava, and to examine the possibility of  establishing a land root on foot to illegal immigrants from Iraq via the Red Sea.

In the early 1950s, Eilat was a small and remote town, populated largely by port workers, soldiers, and former prisoners. The town’s development accelerated in 1955, when the Port of Eilat was opened that year and concerted effort by the Israeli government to populate Eilat began, starting with Jewish immigrant families from Morocco being resettled there. Eilat began to develop rapidly in 1956, with its tourism industry in particular starting to flourish. 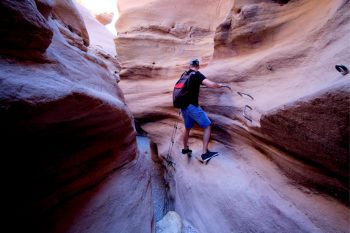