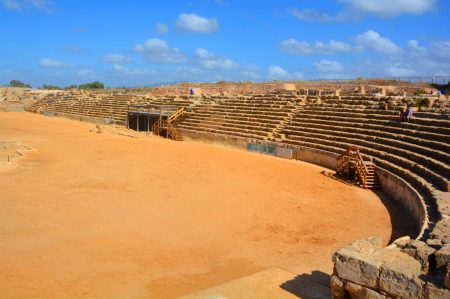 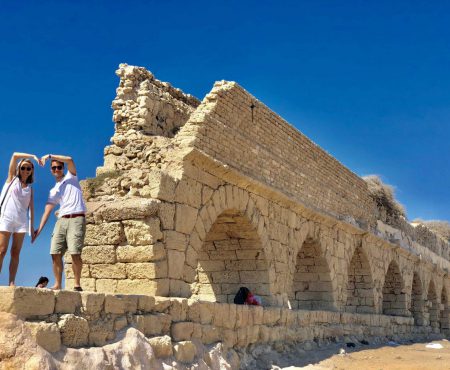 Ancient harbor ruins, gorgeous beaches, fascinating history, and a day of relaxation is waiting for you at Caesarea Maritima. Caesarea Maritima, located on the Mediterranean coast south of Haifa, is a splendid day trip for solo travelers, couples, and families alike. Visiting this ancient city will take you back in time. Straton’s Tower, which was the original name for Caesarea Maritima, was founded by Abdashtart, king of Sidon, as a trading village.

It was later captured by the Jewish ruler, Alexander Jannaeus, in 90 BCE, where it remained a Jewish settlement for many decades. When the era of Roman rule began, the city was taken and given to Herod the Great. Herod the Great implemented numerous changes and renovations to the town, including building the deep seaport, adding public works, and renaming the city to Caesarea in honor of Caesar Augustus. The port was one of the most impressive ports of its time, and the city became an urban center. 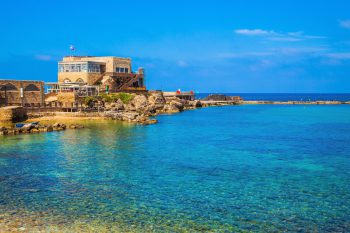 Caesarea Maritima is home to great theological works as well. Beginning with Origen, the famous writer of Hexapla, it is said that he wrote much of his works while living in Caesarea Maritima. It was later found that Caesarea Maritima had the most extensive ecclesiastical library of the time with over 30,000 manuscripts. Whatever ended up happening to those manuscripts remains unknown, although they were likely destroyed when the city was captured.

THE REBIRTH OF CAESAREA

For years after the construction made by Herod the Great, the city flourished. Sadly, inferior construction materials and natural disasters led to a decline in Caesarea. Over the coming centuries, the city would have periods of success and periods of great loss until it was merely ruined.

In 1952, the Jewish town of Caesarea Maritima was established near the old city, and Israel decided to turn the old city into Caesarea National Park. Now, the Caesarea National Park is a popular destination for tourists. Visiting Caesarea can be difficult without access to a vehicle, which is why I suggest that you take my private tour. I will happily provide the best guide for Caesarea Maritima and show you all the incredible sites this ancient city has to offer. 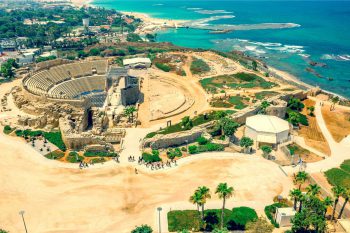