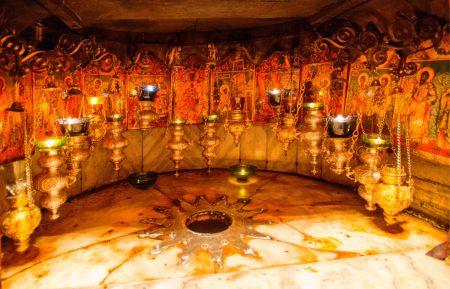 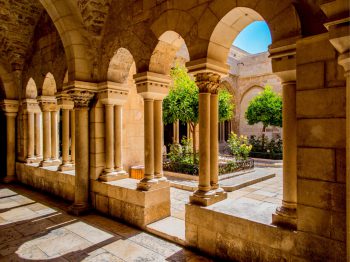 The earliest known naming of Bethlehem was in the Amarna Archive of 1350–1330 BCE; when the town was inhabited by the Canaanites. The Hebrew Bible, which states that the city of Bethlehem was established as a fortified city by Rehoboam; identifies it as the city David was from and where he was crowned as the king of Israel. The Gospels of Matthew and Luke name Bethlehem as the birthplace of Jesus.

In the Roman era, Bethlehem was levelled by Emperor Hadrian during the 2nd Jewish Revolt (Bar Kokhba revolt); its rebuilding was encouraged by Empress Helena, mother of Constantine the Great, who ordered the construction of its great Church of the Nativity in 327 CE. But the church was severely damaged by the Samaritans, who plundered it during a revolt in 529 CE; but was restored a century later by Emperor Justinian I.

The Birthplace of Jesus​ 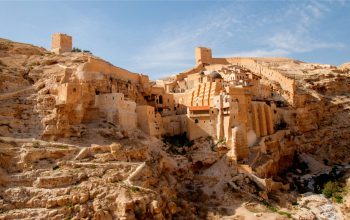 In the New Testament, the Gospel of Luke says that Jesus’ parents traveled from Nazareth to Bethlehem, where Jesus was born. The Gospel of Matthew mentions Bethlehem as the place of birth and adds that King Herod was told that a ‘King of the Jews’ had been born in the town, prompting Herod to order the killing of all the boys who were two years old or under in the town and surrounding area. Joseph warned of Herod’s impending action by an angel of the Lord, decided to flee to Egypt with his family, and then later settled in Nazareth after Herod’s death.

Early Christian traditions describe Jesus as being born in Bethlehem: in one account, a verse in the Book of Micah is interpreted as a prophecy that the Messiah would be born there. The second century Christian apologist Justin Martyr stated in his Dialogue with Trypho (written c. 155–161) that the Holy Family had taken refuge in a cave outside of the town and then placed Jesus in a manger. Origen of Alexandria, writing around the year 247, referred to a cave in the town of Bethlehem which local people believed was the birthplace of Jesus. This cave was possibly one which had previously been a site of the cult of Tammuz. The Gospel of Mark and the Gospel of John does not include a nativity narrative but refer to him only as being from Nazareth.

Archaeological support of Bethlehem as a city in the Kingdom of Judah was uncovered in 2012 at the archaeological dig at the City of David. A seal impression in dried clay (Bulla) was found; in ancient Hebrew script that reads “From the town of Bethlehem to the King,”. Probably it was used to seal the string closing a shipment of grain, wine, or other goods sent as tax payment to the King of Judah in the 8th or 7th century BCE. Biblical scholars believe Bethlehem, located in the “hill country” of Judah, maybe the same as the Biblical Ephrath, which means “fertile”, as there is a reference to it in the Book of Micah as Bethlehem Ephratah.

The Hebrew Bible also calls it Beth-Lehem Judah, and the New Testament describes it as the “City of David”. It is first mentioned in the Bible as the place where the matriarch Rachel died and was buried “by the wayside” (Gen. 48:7). Rachel’s Tomb, the traditional grave site, stands at the entrance to Bethlehem.

According to the Book of Ruth, the valley to the east is where Ruth of Moab gleaned the fields and returned to town with Naomi. Furthermore, it was the home of Jesse, father of King David of Israel, and the site of David’s anointment by the prophet Samuel. It was from the well of Bethlehem that three of his warriors brought him water when he was hiding in the cave of Adullam.