A LITTLE ABOUT JERUSALEM ​

Jerusalem is a fascinating city. Truly I tell you I don’t think there is another place on the globe that you can put your finger on one square kilometre i.e., the Old City of Jerusalem. And that place would show up in all the war games superpowers run, as one of the top three reasons for the next World War. Indeed Jerusalem is a very contested area that many claim ownership.

But that’s precisely the reason why it’s so exciting to me. That’s why my private tours of Jerusalem are the most fascinating, in my opinion. I mean wars, like the Crimean War, broke out in the past because of disputes regarding the control over the holy places. On that matter, I like to elaborate some more on my Jerusalem guided tours.

Ironically most people that come and visit the Holy City Don’t get to visit the most ancient part. I mean the biblical tell that David and before him, the Cananannties founded the city. The City of David (this is how it’s called these days) was excluded from the 16th-century Ottoman wall system, not because they didn’t want to include it but only because they just didn’t know better. Guys don’t forget that archaeology as science was only established in the 19th century.

So for centuries, it was believed that the most ancient part is the area of Jaffa gate today. But I promise you that in my Jerusalem private tours we won’t skip that part – it’s truly fascinating! Jerusalem is holy for all three monotheistic religions. It was the capital of the united kingdom of Israel under David that captured it from the Canaanites. Since then, it was the capital for centuries, even after its destruction by the Babylonians. Jerusalem had played a significant role in the life and death of Jesus.

One of the critical sites of Jerusalem to visit on my private tours is the Church of the Holy Sepulchre (which is just another word for a tomb). And of course, since the Early Muslim period under the Ummayad rule, Jerusalem became holy for Muslims as well. According to Muslim tradition, Muhammad the prophet miraculously traveled to Jerusalem and then went up to heaven to receive the five sacred prayers for the Muslims. 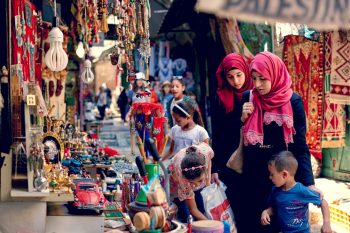 Today the Old City of Jerusalem is divided into four different quarters that moved around along the centuries. Their location today goes back to the 14th century approximately. The Jewish Quarter which is almost completely restored after the Jordanians Army destroyed it in 1948 when they took the Old City under their control till 1967 when the city was “reunited”.

The key site to visit there is naturally the Western Wall. Another important site, located on the Muslim Quarter is of course the Dome of the Rock, which is probably the most iconic structure that Jerusalem recognized with as seen in all the photos. Lastly, another spot that I don’t tend to skip on my Jerusalem Guided tours is the Church of the Holy Sepulcher where most traditions and archaeologists point to the place where Jesus was buried and of course if you are a faithful Christian so also resurrected.

These sites are for sure of key interest. But apart from these main sites, there are many others like the Herodian Mansions which are homes belonging to the upper crust Jewish society 2,000 years ago. If you were to choose to take one of my Jerusalem private tours we will discover all this and all the little hideouts that many tend to pass over.

The very first recorded of Jerusalem is in ancient Egyptian texts called Execration texts dated to the 19th-century B.C.E. These texts are listing enemies of the pharaoh, most often enemies of the Egyptian state or troublesome foreign neighbors. The texts were most often written upon statuettes of bound foreigners, bowls, or blocks of clay or stone, which were subsequently destroyed.

The intention behind the ceremonial process of breaking the names and then burying them was a sort of sympathetic magic that would affect the persons or entities named in the texts. Then Egyptian priests use to place the fragments near tombs or ritual sites like Egyptian temples. This practice was most prevalent during times of conflict with the Asian neighbors of Egypt.

The execration ritual was the process by which one could thwart or eradicate one’s enemies. Usually the ritual object would be bound, then the object was smashed, stomped on, stabbed, cut, speared, spat on, locked in a box, burned, saturated in urine, and finally buried. But not every execration included all of the previous components. A full rite could use any of these actions numerous times with numerous figures. 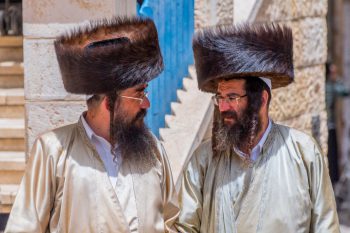 WHERE'S THE BEST SPOT FOR A CHRISTMAS CARD PHOTO IN JERUSALEM?

I Always take my private tours of Jerusalem to the top of Mt of Olives. There, apart from the fantastic view of the Old City, you have a camel you can get on top of and get the best Jerusalem photo! Another location is at the Dominus Flevit Church. There inside the Chapel, there’s a fantastic spot, but that I need to take on one of my Jerusalem Private Tours!

The hominin fossils found at Qafzeh cave in the lo…

On the Carmel Range in Ramat HaNadiv preserve the…