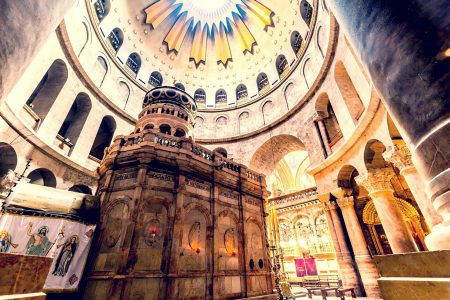 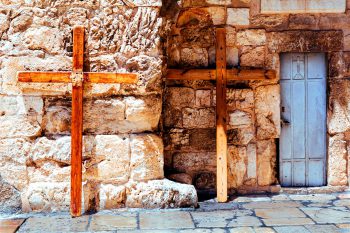 The Christian quarter was built around the Church of the Holy Sepulchre which is the heart of the quarter. Around the church, there are other churches and monasteries. Also, the quarter contains souvenir shops, coffee houses, restaurants, and hotels. The shops are concentrated in the main market street, David Street, and along the Christian Road.

In the 19th century, European countries sought to expand their influence in Jerusalem and began constructing several structures in the Christian quarter. The Ottoman authorities attempted to halt European influence and established rules for buying land in the area. But personal interventions from the heads of those countries, including Wilhelm II of Germany and Franz Joseph of Austria, led to the construction of some buildings for those countries’ religious authorities like the Church of the Redeemer in the heart Christian Quarter 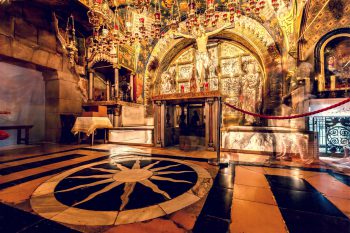 In the Christian faith, Jerusalem’s place in the life of Jesus gives it great importance, in addition to its place in the Old Testament. Jerusalem is the place where Jesus was brought as a child, to be “presented” at the Temple and to attend festivals. According to the Gospels, Jesus preached and healed in Jerusalem, especially in the Temple courts. There is also an account of Jesus’ “cleansing” of the Temple, chasing various traders out of the sacred precincts. At the end of each of the Gospels, there are accounts of Jesus’ Last Supper in an “upper room” in Jerusalem, his arrest in Gethsemane, his trial, his crucifixion at Golgotha, his burial nearby, and his resurrection and ascension.

Christianity became more popular over time but made a huge expansion when the Roman Emperor Constantine claimed Christianity as his religion and thus the religion of the Roman Empire. In fact it St. Helena, his mother that built The Church of the Holy Sepulchre that is said to have been built over the location where Jesus was crucified and the tomb where He was buried.

The First Pilgrim to the Holy Land

Helena, the mother of Emperor Constantine I is considered to be the very first pilgrim to the Holy Land. As a result, she ranks as an important figure in the history of Christianity and of the world due to her influence on her son. In fact, it is known that in her final years, she made a religious tour of Syria Palaestina and Jerusalem, during which ancient tradition claims that she discovered the True Cross.

Constantine gave her unlimited access to the imperial treasury in order to locate the relics of the Christian tradition. In 326–28 CE Helena undertook a trip to Holy Land. According to Eusebius of Caesarea, who records the details of her pilgrimage to Jerusalem. Now Jerusalem was still being rebuilt following the destruction caused by Titus in 70 CE. Emperor Hadrian had built during the 130s CE a temple to Venus over the supposed site of Jesus’s tomb near Calvary and renamed the city Aelia Capitolina. According to tradition, Helena ordered the temple torn down. Then on the site of discovery, Constantine ordered the building of the Church of the Holy Sepulchre. Churches were also built on other sites detected by Helena. Like the Church Nativity in Bethlehem. 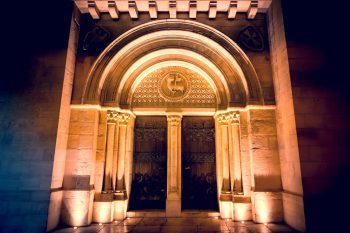