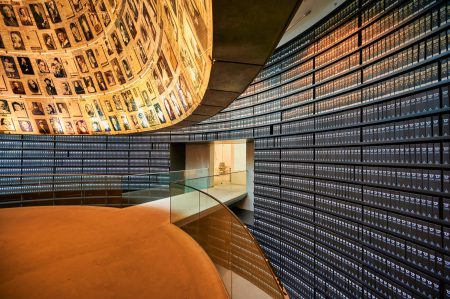 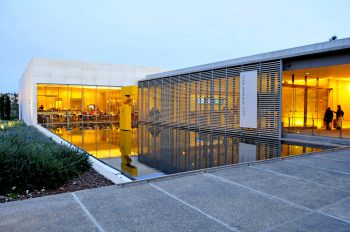 The expansion of Jerusalem in the 19th century, marks the start of Modern Jerusalem. It was the process of building new residences outside of the Old City walls, and shifting the city center to the new neighborhoods. The process started in the mid-19th century and by the early 20th century had entirely transformed the city.

In the mid 19th century, with an area of only one square kilometer, the Old City had become overcrowded and unsanitary, and rental prices were increasingly rising. In the mid-1850s, following the Crimean War, institutions including the Russian Compound, Kerem Avraham, the Schneller Orphanage, Bishop Gobat school and the Mishkenot Sha’ananim, marked the beginning of permanent settlement outside the Jerusalem Old City walls 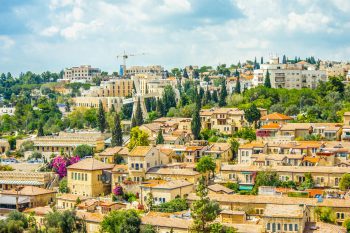 Mishkenot Shaananim was the first Jewish neighborhood built outside the walls of the Old City of Jerusalem, on a hill directly across from Mount Zion. It was built by Sir Moses Montefiore in 1860 as an almshouse, paid for by the estate of a wealthy Jew from New Orleans, Judah Touro. Since it was outside the walls and open to Bedouin raids, pillage and general banditry rampant in the region at the time, the Jews were reluctant to move in, even though the housing was luxurious compared to the derelict and overcrowded houses in the Old City.

As an incentive, people were paid to live there, and a wall was built around the compound with a heavy door that was locked at night. The name of the neighborhood was taken from the Book of Isaiah 32:18: “My people will abide in peaceful habitation, in secure dwellings, and in quiet resting places.”

The Yemin Moshe neighborhood was built in 1892–1894 on the remaining lands around Mishkenot Sha’ananim. Joseph Sebag Montefiore, Moses Montefiore’s nephew, signed the agreements which allowed for the construction project on the Kerem Moshe VeYehudit land. In the photograph above, you can see both neighborhoods, Yemin Moshe and Mishkenot Shaananim. King David Hotel is towering above them with a great view towards the old city.

The Reunification of Jerusalem

The reunification of Jerusalem refers to the June 1967 administrative merger of West Jerusalem and East Jerusalem by Israel, following the conquest of the Eastern half of the city (including the walled Old City) from Jordan during the Six Day War.

Worth mentioning Jordan and an alliance of Arab states rejected the 1947 UN Partition Plan under which Jerusalem was to be a corpus separatum, instead invading former Palestinian Mandate territory, and by the armistice in 1949 was in control of the Old City and East Jerusalem (excluding Mount Scopus). The Arab invading armies failed to take control over the rest of Israel, including West Jerusalem. The city was then divided along the 1949 Armistice Line. East Jerusalem was annexed to Jordan in 1950. The city remained divided until the Six-Day War in 1967.

Jordanian Army snipers shot Israeli citizens that lived next to the Border. So when the Israeli cabinet convened to decide how to respond, former general Yigal Alon and Menahem Begin argued that this was an opportunity to take the Old City of Jerusalem. But Eshkol, the PM decided to defer any decision until Moshe Dayan, the Minister of Defense and Yitzhak Rabin, the Chief of Staff could be consulted. During the late afternoon of June 5, the Israelis launched an offensive to encircle Jerusalem, which lasted into the following day. On June 7, heavy fighting ensued. Dayan had ordered his troops not to enter the Old City; however, upon hearing that the UN was about to declare a ceasefire, he changed his mind, and without cabinet clearance, decided to capture it.