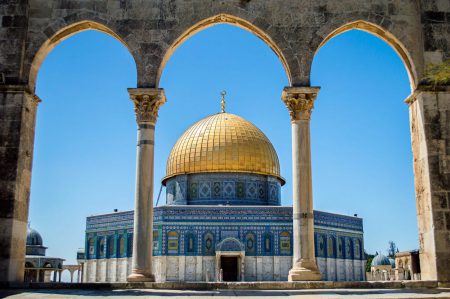 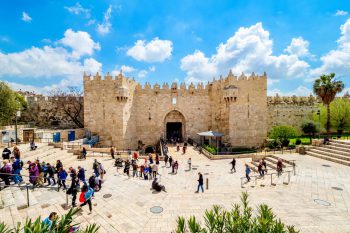 The Muslim quarter had a mixed population of Jews, Muslims and Christians until the 1929 Palestine riots. Some 60 Jewish families now live in the Muslim Quarter.

The Origins of the 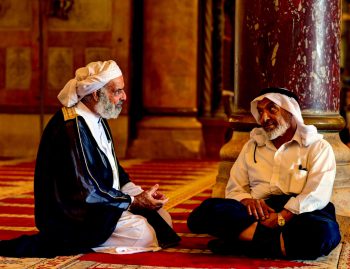 Jerusalem’s current Muslim Quarter was established during the era of the Mamluks (1250–1517), a military regime of former slaves from Egypt who drove the Crusaders out of Palestine and Syria and spread the word of Islam in the Levant. As part of this campaign, the Mamluks constructed a wealth of buildings from mosques, madrassas to monasteries, and mausoleums, all in a distinctive architectural style that would become synonymous with the dynasty.

Significant features of this style include banding of dark and light stone (known as ablaq), elaborate carvings, and intricate patterning around windows, and the Muslim Quarter has many examples of this style of architecture. While some buildings have fallen into disrepair, vestiges of their original grandeur can still be seen and are well worth visiting.

Jewish and Christian sites in the Muslim Quarter

The Muslim Quarter is also home to several important Jewish and Christian sites. The Western Wall Tunnels run beneath the streets of the Quarter and hold a section of the last remaining wall of the Second Holy Jewish Temple (516 BC-70 AD). A small section called the Kotel Katan or the Little Western Wall remains above ground in the Muslim Quarter.

Christian sites include the route Jesus took through the Old City bearing his cross to his crucifixion along the Via Dolorosa (Way of the Cross) known as the first seven Stations of the Cross. The Church of St. Anne’s, once the home of Mary’s parents, Anne and Joachim is also located here.

Landmarks of the Muslim Quarter

The Muslim Quarter is home to a myriad of magnificent landmarks that are best seen on a guided walking tour of the area. One of the most beautiful examples of Mamluk architecture can be seen at the Palace of the Lady Tunshuq. Situated halfway down Aqabat Al Takiya, the noblewoman’s palace was built in 1388 and features exquisite inlaid marble work, and stone ‘stalactites’ known as muqarnas, an architectural trademark of the Mamluk. The palace now houses an orphanage school so you can only admire this building from the outside, but look out for the Tomb of the Lady Tunshuq that rests opposite the palace – look for the green door with a carved panel.

Other notable examples of Mamluk architecture built in Jerusalem are the 1540 Ribat Bayram Jawish, which has a striking façade with ablaq and shallow muqarnas, and several buildings on Tariq Bab An Nazir Street. There are also many examples of Ottoman architecture in the quarter, including a sabil – a door-shaped fountain with a Roman sarcophagus base, which was built by order of the long-reigning Ottoman ruler Suleiman the Magnificent. Just before the Bab Al Silsila Gate is the tiny Tomb of Turkan Khatun dating back to 1352 which boasts beautiful asymmetrical carved geometric designs. The large open plaza of Temple Mount in the heart of Muslim religious life in Jerusalem and is home to the Al-Aqsa Mosque, which is believed to be the mosque from which Muhammad was transported from Mecca to “the most distant mosque” in the Night Journey. 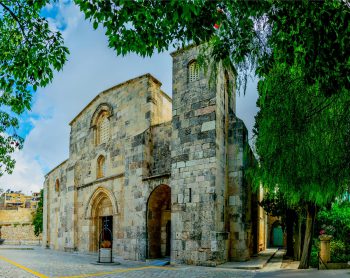