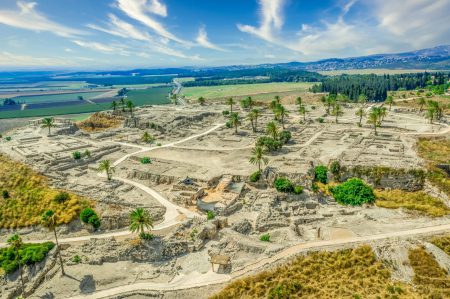 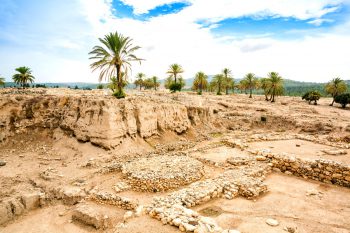 I decided to write the ‘Megiddo Ultimate Guide’ for those planning to visit Megiddo. Now Megiddo is the historic site of the ancient city of Megiddo which was one of the strongest and most important cities of Canaan. In fact, it’s Situated near Kibbutz Megiddo in northern Israel, about 30 km (18 miles) south-east of Haifa. Furthermore, the sprawling city of Megiddo was on an ancient land route and crucial strategic location between Damascus and Egypt with deep historical, geographical, and theological importance.

Also, Megiddo is a UNESCO World Heritage Site that features a 60-foot high tell (archaeological mound) spread over 15 acres and comprised of the remains of the ancient city. It also features an ancient battlefield where a historic battle between the Egyptians and the Canaanites took place.

Also known by its Greek name “Armageddon,” Tel Megiddo is prophesied by the Book of Revelations in which the Anti-Christ will be defeated by the Messiah during the Battle of Armageddon. Tel Megiddo is one of the most important sites of biblical archaeology in the world today.

Firstly I hope you will enjoy my ‘Megiddo Ultimate Guide’. So let’s begin by saying that the city of Megiddo was established in the 4th millennium BCE (circa 3500) at the dawn of urbanization in the Levant. Now due to its strategic position along the ancient trade route known as the Via Maris, which connected Egypt to Syria and greater Mesopotamia, the city grew to become one of the strongest and most sophisticated cities in the region. Evidence of this can be seen in the remains of a vast water system which was built by King Ahab in the 9th century BCE to bring water into the city without having to go outside the walls.

So I hope you enjoy my ‘Megiddo Ultimate Guide’. But you should note that a private tour of Megiddo is the best way to explore this fascinating historical site and learn more about these dramatic battles that took place over the centuries. 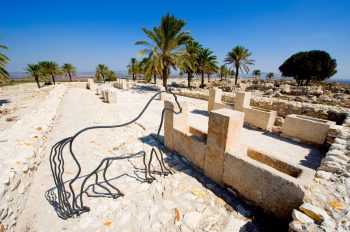