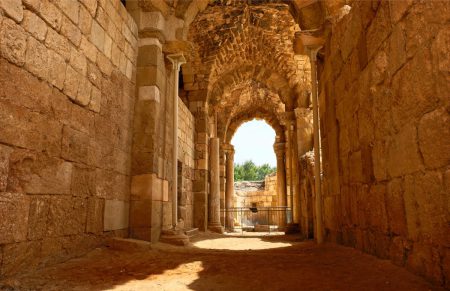 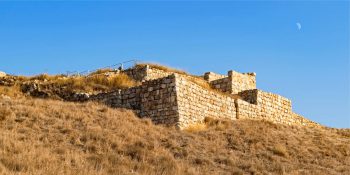 During the Bronze Age between the years 2,200 – 1,200 BCE), large cities formed in the Judaean Hills, most of whose archaeological tels that stand to this day to demonstrate it. The large city in the south of the Judaean Hills was Ancient Lachish, and in the north the city of Gezer. The names of the cities in the area are first mentioned in Egyptian Execration Texts, and later in the letters of al-Amarna, in a period several hundred years before their mention in the Bible. the Judaean Hills was seen by the people in biblical times as a fertile area suitable for agricultural cultivation, compared to mountainous areas that are difficult to cultivate, and this is the main reason for the development of large cities in this area at the time.

When the Israelites entered the Land of Israel approximately in the 12th century BCE, the Judaean Hills were under the influence of the Philistines and Canaanites. The northern region were initially divided into the Dan tribe and the south was given to the tribe of Judah. After the establishment of the United Kingdom of Israel in the 10th century BCE, a struggle took place between its people and the Philistines, during which control of the territories of the Judaean Hills shifted between these kingdoms. After the establishment of the Kingdom of Judah as an independent kingdom, its inhabitants spread west towards the Judaean Hills, after discovering the agricultural and settlement potential inherent in it.

After the loss of independence of the Kingdom of Judah, in the 7th century BCE, an Idumaean population settled in the southern part of the Judaean Hills, and the name of this part was called “Idumaea” at that time. In addition to them, Phoenicians from Sidon gathered in the Judaean Hills, as part of their spread for commercial purposes, and from the Judaean Hills traders use to reach Egypt. During the Hasmonean rule, which originated in the settlement of Modi’in in the South, the area was conquered by John Hyrcanus the Hasmonean King, and the Idumeans were then forced to convert to Judaism. This conversion was controversial, but in the end it is known about the descendants of the Idumean settlers who took an active part in the Great Revolt that broke out against the Roman in the Year 66 CE. King Herod, a native of the city of Maresha in the the Judaean Hills, was also the son of Idumean, and this may be one of the reasons for the ambivalent attitude of the sages towards him. During the Great Revolt, the area of the Judaean Hills was occupied by Vespasian before the siege of Jerusalem. 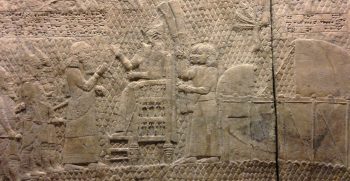 In the photo below you can see the scenic Ella Valley. The confrontation between David and Goliath takes place in the Ella Valley during a war waged by the Philistines against Israel, during the reign of Saul. The Philistines who sit on the coastal plain manage to conquer large parts of the land, and reach the Ella Valley area near the Beit Shemesh area. The two camps stand on the mountains facing each other, with only the valley separating them. It is evident once reaching this area, which is deep in the Israeli kingdom, the extent of significant damage to Israel, and the military superiority of the Palestinian army.

The military supremacy causes the Palestinian giant Goliath to launch an invitation to a showdown, the results of which will determine the future of the two peoples – the people of the victor in the battle will enslave the people of the defeated. Some argue that this action is intended to prevent unnecessary harm to human life through a limited inter-battle that determines the entire war. Some argue that battles in antiquity, in addition to territorial victory also expressed a religious victory between the gods of the warring camps, assuming that the results of the battle between the two peoples were determined according to the results of the battle between the two gods. Through an intermediate battle, in which each warrior represents the god of his people, and the victorious warrior determines the victorious god, it is possible to check the decision of the gods regarding the war without conducting it. If you know more about this I’ve compiled a short article about David & Goliath.

The Lachish reliefs are a set of Assyrian palace reliefs narrating the story of the Assyrian victory over the kingdom of Judah during the Siege of Lachish in 701 BCE. Carved between 700 and 681 BCE, as a decoration of the South-West Palace of Sennacherib in Nineveh (in modern Iraq), the relief is today in the British Museum in London. The palace room, where the relief was discovered in 1845–1847, was fully covered with the “Lachish relief” and was 12 metres (39 ft) wide and 5.10 metres (16.7 ft) long.

The events surrounding the conquest of Lachish are recorded in an unparalleled number of sources for the 8th century BCE; in the Hebrew Bible, the Lachish reliefs, Assyrian cuneiform prisms and in the archeological excavations at Lachish. Sennacherib’s conquests of Judean cities, without the capital Jerusalem, are mentioned in the Bible, the book of Kings, Book of Chronicles and in the book of Isaiah. In his annals, Sennacherib claimed that he destroyed 46 fortified cities and towns of Judah and took 200,150 captives, although the number of captives is seen today widely as exaggeration. He also claimed that he besieged King Hezekiah of the Judah in Jerusalem “like a bird in a cage.” The size of the relief, its position in the central room of his palace and the fact that the Lachish relief constitutes the only battle portrait created by Sennacherib, indicate the importance he gave to this battle and presumed victory over Judah. An exact replica is today on display in the archaeological wing of the Israel Museum in Jerusalem. I invite to join me on a private tour of Ancient Lachish and the Israel Museum that I could share with you more in detail interesting information about this colossal battle that demanded great efforts on behalf of the Assyrians to come out triumphal. 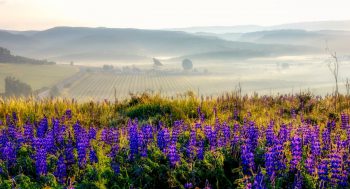