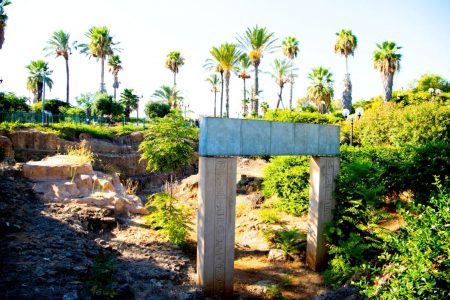 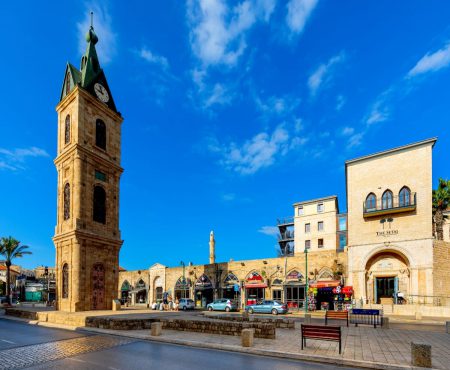 Jaffa is an ancient port city in the Land of Israel, on the shores of the Mediterranean. Jaffa existed as an independent city for thousands of years until it was united with Tel Aviv in 1949, and it has since become one of the neighborhoods of Tel Aviv.

During the Crusades, Jaffa was a part of the Crusader Kingdom of Jerusalem. From then until the twentieth century, the city served as an important port in the Land of Israel. The establishment of Tel Aviv nearby, and the use of other ports, led to the port declining in size. During the British Mandate, the city was an important center for the Arab population in the Land of Israel. During the War of Independence, the city was occupied by Irgun and Haganah forces: more than ninety percent of its Arab residents fled, and new Jewish immigrants settled there. In recent years, the percentage of Arab residents out of all Jaffa residents has increased.

Jaffa is one of the oldest port cities in the world. Egyptian documents from the 15th century BCE say that the word “yapo” denotes beauty.

Beginning with the Arab conquest of the Land of Israel, the place is mentioned as Jaffa, the name of the place is spoken by Arabic speakers to this day. The Hellenistic tradition attributes the name “Jaffa” to “Yopia”, she is Cassiopeia, the mother of Andromeda. 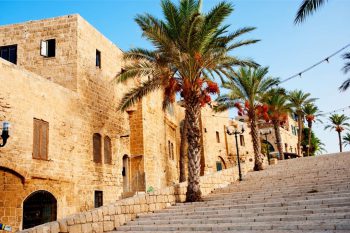 Jaffa Port is an ancient port on the Mediterranean Sea. It serves as a fishing harbor, a yacht harbor, and as a tourism destination. It offers a variety of culture and food options, including restaurants where fresh fish and seafood is served.

In the Ottoman period because the port of Jaffa is shallow, lacking a natural bay, the ships that frequent it moored outside its area, in the open sea. The unloading and loading work was done to the barges that were brought into the dock with the help of small tugboats, a “launch boat” in the harbor. The passengers were also unloaded into small ships in the open sea that was exposed to storms and weather damage. On stormy days so as not to risk being swept ashore the craft of loading unloaded and the ships sailed a safe distance from shore.

With the beginning of Modern Zionism in the Land of Israel, the port was a gateway to the Land of Israel, through which many of the people of the early Jewish immigration. Since the waters of the Jaffa port were shallow, the ships moored west of the coastal rocks (there was no breakwater), and the immigrants were lowered from the ships to the shore in boats.

In the Book of Jonah, in which God commands Jonah the Prophet, to go to the city of Nineveh to prophesy against it “for their great wickedness is come up before me,” but Jonah instead attempts to flee from “the presence of the Lord” by going to Jaffa Port, and sets sail for Tarshish.

JAFFA IN THE NEW TESTAMENT

The New Testament account of Saint Peter bringing back to life the widow Dorcas (recorded in Acts of the Apostles, 9:36–42, takes place in Jaffa. Acts 10:10–23 relates that, while Peter was in Jaffa, he had a vision of a large sheet filled with “clean” and “unclean” animals being lowered from heaven, together with a message from the Holy Spirit telling him to accompany several messengers to Cornelius in Caesarea Maritima. Peter retells the story of his vision in Acts 11:4–17, explaining how he had come to preach Christianity to the gentiles.

Also we hear about Simon the Tanner, who appears in the Acts of the Apostles book of the New Testament. We learn he had a house in Jaffa, where Saint Peter stayed during his missionary activities of the early Christian faith. He is believed to be an example of the early Christians’ embracing people of all professions. The events at his house are interpreted as leading to the early followers of Jesus opening up their ranks also to the Gentiles, after starting as a Jewish movement. The traditional site of Simon’s house is in the Old City of Jaffa.

Simon the Tanner is mentioned three times in Chapters 9 and 10 of Acts of the Apostles of the New Testament. Firstly, Chapter 9 is about Paul’s conversion and immediately after that, and is mostly about Peter’s missionary activities. Peter visited Jaffa and raised Tabitha from dead. Then Peter stayed some time in Joppa with a certain tanner named Simon. 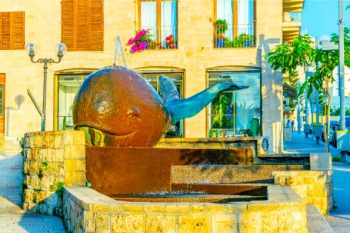