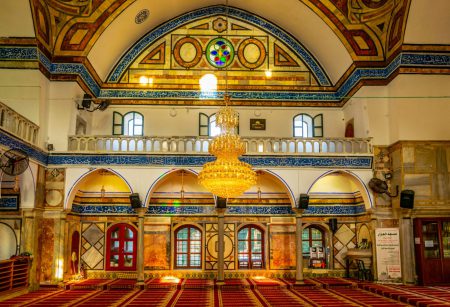 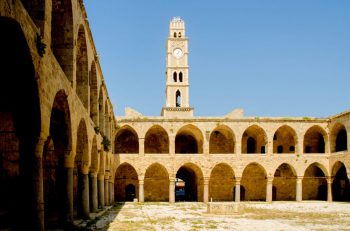 This Acre Ultimate Guide will tell all about this enchanting city, perched on the Mediterranean coastline in northern Israel. Acre is simply fascinating city waiting for you to visit and known for its tumultuous past. It’s history dates back to the Early Bronze Age, around 3000 BCE, and it is one of the few cities that not only survived for thousands of years but continues to flourish today! As a city that has been influenced by the Romans, Ottomans, Crusaders, Mamelukes, Byzantines, and the British, it is no wonder that it is now a melting pot of different individuals. Here you will find a fascinating mix of Jews, Christians, and Muslims living in harmony. This peaceful coexistence has created a city ripe with opportunities and incredible tourist destinations. Whether you want to explore its ancient past, enjoy its modern amenities, or simply immerse yourself in the culture, I have the best guide for Acre for you. 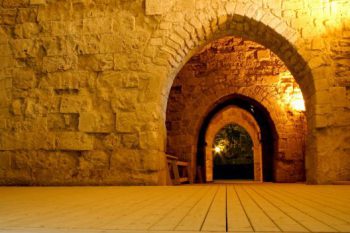 After roughly four years of siege, Acre finally capitulated to the forces of King Baldwin I of Jerusalem in 1104 following the First Crusade. The Crusaders made the town their chief port in the Kingdom of Jerusalem. On the first Crusade, Fulcher relates his travels with the Crusading armies of King Baldwin, including initially staying over in Acre before the army’s advance to Jerusalem.

This demonstrates that even from the beginning, Acre was an important link between the Crusaders and their advance into the Levant. Its function was to provide Crusaders with a foothold in the region and access to vibrant trade that made them prosperous, especially giving them access to the Asiatic spice trade.

By the 1130s it had a population of around 25,000 and was only matched for size in the Crusader kingdom by the city of Jerusalem. Around 1170 it became the main port of the eastern Mediterranean, and the kingdom of Jerusalem was regarded in the west as enormously wealthy above all because of Acre. According to an English contemporary, it provided more for the Crusader crown than the total revenues of the king of England.

Acre remained in Muslim hands until it was unexpectedly besieged by King Guy of Lusignan—reinforced by Pisan naval and ground forces—in August 1189. The siege was unique in the history of the Crusades since the Frankish besiegers were themselves besieged, by Saladin’s troops. It was not captured until July 1191 when the forces of the Third Crusade, led by King Richard I of England and King Philip II of France, came to King Guy’s aid. Acre then served as the de facto capital of the remnant Kingdom of Jerusalem in 1192. During the siege, German merchants from Lübeck and Bremen had founded a field hospital, which became the nucleus of the chivalric Teutonic Order. Upon the Sixth Crusade, the city was placed under the administration of the Knights Hospitaller military order. Acre continued to prosper as major commercial hub of the eastern Mediterranean, but also underwent turbulent times due to the bitter infighting among the Crusader factions that occasionally resulted in civil wars.

The old part of the city, where the port and fortified city were located, protrudes from the coastline, exposing both sides of the narrow piece of land to the sea. This could maximize its efficiency as a port, and the narrow entrance to this protrusion served as a natural and easy defense to the city. Both the archaeological record and Crusader texts emphasize Acre’s strategic importance—a city in which it was crucial to pass through, control, and, as evidenced by the massive walls, protect.

Acre was the final major stronghold of the Crusader states when much of the Levantine coastline was conquered by Mamluk forces. Acre itself fell to Sultan Al-Ashraf Khalil in 1291. 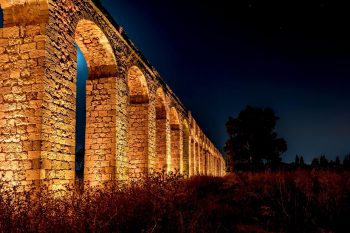