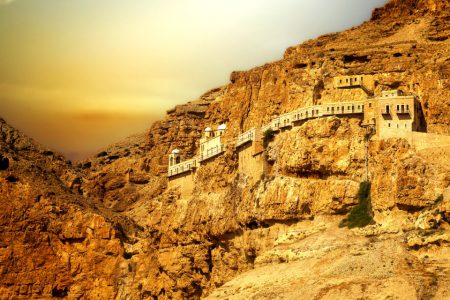 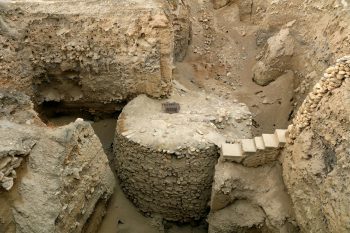 Unlike most other river valleys, the term “Jordan Valley” often applies just to the lower course of the Jordan River, from the spot where it exits the Sea of Galilee in the north, to the end of its course where it flows into the Dead Sea in the south. In addition the Jordan Valley is part of the Levantine corridor and constitutes a route for animal migration, including in the past for the developing human species. In fact, Genetic studies indicate that during the Paleolithic and Mesolithic periods, the Levantine corridor, of which the Jordan Valley is one part, was more important for bi-directional human migrations between Africa and Eurasia than was the Horn of Africa.

Nowadays the Jordan Valley still is an essential part of one of the main migration routes for birds in the world; within the region, it constitutes the Eastern Route which, together with the parallel Western Route and the Southern-Eilat Mountains Route, allow an estimated 500 million birds belonging 200 species to fly across Israel twice a year – in spring from here or from Africa towards their breeding places in Asia and Europe, and in autumn on the way back to their winter home in the Levant or in Africa. designated, including resident, wintering and passage migrant species, comprise the following: black francolins, marbled teals, black and white storks, black-crowned night herons, cattle and little egrets, collared and black-winged pratincoles, Egyptian vultures, European honey-buzzards, Levant sparrow hawks and Dead Sea sparrows. 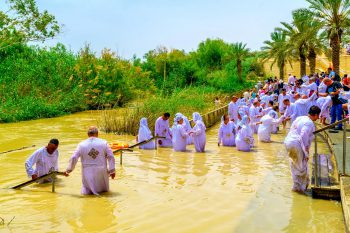 The Jordan Valley is abundant with famous biblical stories. Both from the Old Testament as from the New Testament. One of the more notable events is the Baptism of Jesus in the River Jordan at the traditional site Qasr Al Yahud. It is believed that in the same location the Israelites entered the Promised Land lead by Joshua by crossing the Jordan while Moses was not permitted to enter the Land of Israel he oversaw the land from Mt. Nebo.

Yet another known Biblical account is the conquest of Jericho by Joshua and the Twelve Tribes. According to the book of Joshua, when the Hebrews were encamped at the Jordan valley opposite Jericho, ready to cross the river, Joshua, as a final preparation, sent out two spies to investigate the military strength of Jericho. The spies stayed in Rahab’s house, which was built into the city wall. The soldiers sent to capture the spies asked Rahab to bring out the spies. Instead, she hid them under bundles of flax on the roof.

Also the New Testament narrates that after being baptized by John the Baptist, Jesus was tempted by the devil for 40 days and nights. During this time, Satan came to Jesus and tried to tempt him. Jesus having refused each temptation, Satan then departed and Jesus returned to Galilee to begin his ministry. During this entire time of spiritual battle, Jesus was fasting.

The Jordan Valley in Antiquity

During the Hellenistic, Roman and Byzantine periods, many localities and large cities existed in the area and the Jordan Valley prospered. John Hyrcanus I began conquests in the north of the country and during the reign of Alexander Jannaeus, the Golan Heights and the Mountains of Gilead were conquered and included in the territory of the Hasmonean kingdom. Then Pompey, who conquered the Hasmonean kingdom in 63 BCE, re-established in the Jordan Valley, the alliance of the ten Hellenistic cities (Decapolis), and separated them from the Roman protectorate of Judea. After the destruction of the Second Temple and after the defeat of Jews in the Bar Kochba revolt, many moved from Judea to the north of the country, and also to the Jordan Valley.

The development of the area was reflected in large water enterprises for supplying water to cities and smaller water facilities intended for the purpose of operating flour mills. The area continues to flourish even after the Arab invasion in 634–638 CE. The destruction of the area began in the 12th century, when battles took place between Crusader feudal lords who fought each other as well as between Muslim and Crusader forces. In 1187 the Ayyubid Saladin conquers the Crusaders and destroys Tiberias, which becomes a small village until the 18th century. 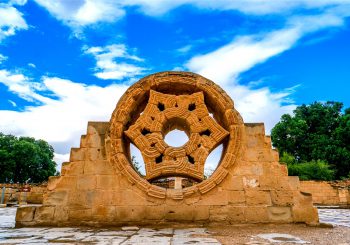